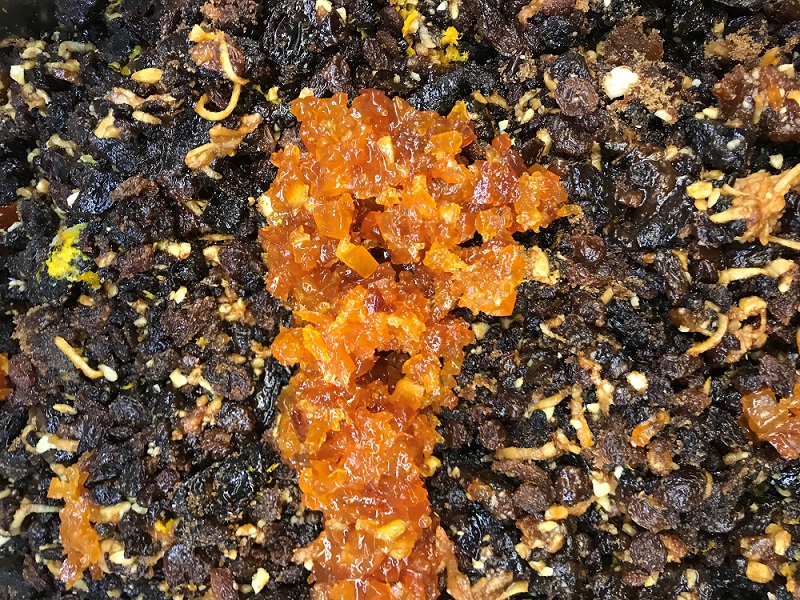 These are perfect served with brandy butter.

Makes 12, with filling for a second batch

Grated zest and juice of one lemon

Grated zest of one orange

Finely chop the raisins, mixed peel, apples, cherries and almonds. Add the sultanas and currants and stir in the brown sugar, spices, lemon juice and zest, orange zest, nutmeg, butter and brandy. Spoon into a large sterilised jar, cover and chill. Stir every day for a week – the extra mincemeat can be kept for months in the fridge.

To make the pies, heat the oven to 180C/ 350F/Gas4. Combine all the ingredients (except the beaten egg) into a ball of dough, chill briefly and then roll out thinly. Cut into circles to fit small pastry tins. Cut the same number of smaller circles to sit on top of the pies. Line the pastry tins with the larger circles and spoon a heaped teaspoon of mincemeat into each. Top each of the filled pastry cases with the smaller round of pastry and glaze with the beaten egg. Make a small slit in each pastry top, then bake for 20-25 minutes until golden. Cool for a few minutes in the tin before turning out. Cool completely and store in an airtight box.